Here is a little snippet of some dialogue between a mother and her children inspired by actual events and my fiction writing class which is using the book The 3 A.M. Epiphany: Uncommon Writing Exercises that Transform Your Fiction by Brian Kiteley


I chose Early Language for my exercise. I altered the exercise a bit though, the exercise stated to use dialogue in a story between two and three-year olds in order to compare language development. I created a small script between a six and three-year old not only because I have that demographic in my house, but because of the drastic difference in communication ability. My six-year old can communicate rather complex ideas yet still maintains the childish nature. Sometimes I think that she is a genius trapped in a child’s body because what I remember is represented by her three-year old sister. I remember finger foods and stumbling, small shoes and a dirty face. The older sibling is all new, all the time and I still see her as a little girl. She still is but her willingness to engage in intricate conversation would suggest otherwise. Although I didn’t follow the rules to a t, I think that I captured the dynamic of language ability amongst the younger crowd.

A mother is driving her two daughters on a routine trip home. The inside of the car is small and with the two car seats in the back, the distance between mother and her children is close. She can’t help but overhear and interject in the conversation between the two, although at times she wish she could stick her head out the window and listen to the wind instead of the constant banter between three and six year old girls.


“Mommy, can I get a Disney Newborn for my birthday when I turn four?” Molly asks, attempting to make four with her small hands.


“Nobody is getting Disney Newborns because they do not exist!” Mother tries to stay calm.
“Talking unicorns can watch TV! But only talking ones, other unicorns do not watch TV,” Molly interjects.
“Mommy, what does goûter mean in France?” asks Kristen.


“It’s not a frog language, it’s from France. Besides, I think it’s a cheese,” Kristen explains.


“I have an imagunary twin, her name is FuFu.” Molly says, pointing to the middle seat.

“Seriously?... I thought crepes come from France too but I saw them at Publix for one dollar and ninety nine cents.” Kristen says.


“Mommy, my teacher said that hula hoops come from France, but I know that she is not telling the truth because mine at home says ‘made in China’ right on the label and I’m pretty sure China is a long way from France.” Kristen declares.


All are relieved, especially mother as they turn into the drive. Now she can stop answering lofty questions and return to the usual simple commands of “shoes off, wash your hands.” 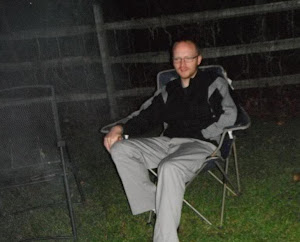 You thought you saw something